The propane industry is leading the way in decarbonization 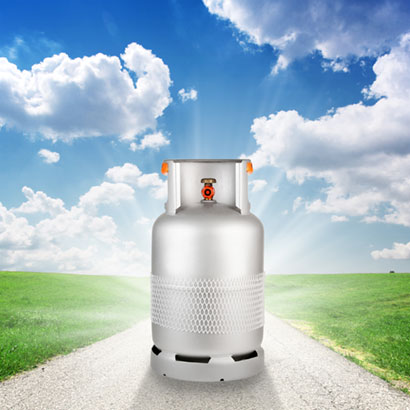 You already know that propane is one of the most versatile home fuels in Tennessee, powering home heating, water heaters and countless appliances and amenities. It’s also incredibly clean burning and energy efficient. But now Volunteer State households can feel even better about choosing propane. It’s becoming greener and more sustainable by the day. And with the advent of renewable propane, the industry has produced a clean, affordable and reliable fuel that makes great strides in reducing greenhouse gas emissions.

How renewable propane is made

You may know that propane is a by-product of the oil and natural gas extraction process. You can think of renewable propane’s production as similarly existing alongside biofuel creation. It too is produced using organic and recycled ingredients. These include:

The resulting product is chemically identical to propane. Renewable propane is methane-free and it burns efficiently, but its renewable production process means that it is carbon neutral at the point of combustion!

The feedstocks used are abundant and inexpensive, and the production process has a low carbon intensity. Biofuel and renewable propane production put food waste to good use — rather than letting it linger in landfills, contributing to greenhouse gas emissions. Consider that, in 2018, this process diverted: 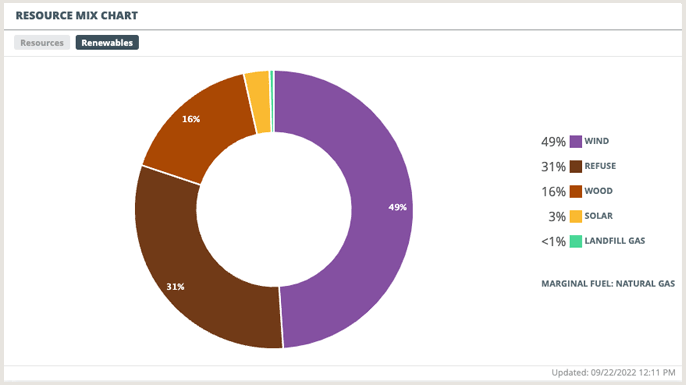 Over a third of renewables right now is refuse, and renewable propane is part of that picture. Image courtesy of ISO New England

In fact, refuse is now the largest source of renewable energy (see graph).

Renewable propane is used in the same equipment and appliances as conventional propane but has a lower carbon intensity. It also has a significantly lower carbon impact than gasoline, diesel or grid-based electricity!

Today, 61% of the United States’ electricity is generated with fossil fuels like coal and natural gas. One-quarter of the country’s greenhouse gas emissions come from electricity generation. Depending on the feedstock, renewable propane’s carbon intensity can be roughly one-seventh that of American grid electricity.

Renewable propane is already widely used on the road and in industrial, manufacturing and agricultural settings. It powers vehicles and equipment. This goes a long way toward reducing emissions of carbon, methane, nitrogen oxide and particulate matter.

In the United States and Europe, renewable propane producers are working on ways to ramp up production and further decarbonize. This could lead to propane with a net-negative carbon impact! Dimethyl ether (DME) is one of the most promising tools they’ve found. DME is a biogas that can be captured from livestock waste and combined with conventional propane. This creates more renewable fuel while eliminating methane and carbon dioxide emissions.

Already, states and corporations see the value in renewable propane and are making both financial and public policy investments in its future.

With advances in renewable fuel technology and developing infrastructure, we expect that renewable propane — along with conventional propane and other innovative blends — will become America’s most widely available, affordable carbon-neutral energy solution.